I sat on the bus minding my own business, wondering whether I’d be a victim of sexual harassment. It’s never happened to me before, but I live in hope.

It was a hot day, and I dozed off to sleep. I felt someone’s leg rubbing against mine and realised that my fantasy was becoming a reality, so I pretended to be out cold. I sneaked a glance at the woman’s leg by lifting my eyelid just a millimetre or two, and I must admit, it looked quite sexy. Preventing an erection on the bus is difficult enough at the best of times, but this made it harder! Luckily, the woman was sitting on the aisle side of the seat, so I wouldn’t have to stand up to let her out. I tried to calm down by telling myself there was a perfectly innocent reason for her leg rubbing against mine: maybe she thought the seat was too narrow.

It seemed to be working, and my erection started to fade … until she placed her hand between my legs.

My eyes opened wide, and I found myself looking at a transvestite. “Hello, I’m Stephen … I mean Stephanie,” she said … he said.

My shocked expression must have worried her because she jumped up and ran to the front of the bus, just as the doors were opening. The last I saw of her, she was running down a side-road and from the rear, she looked just as lovely as Lilly Savage. I felt something touch my leg again and realised it was her purse. I thought the disgusting pervert must have left it there deliberately, hoping I’d contact her, so I opened it immediately.

I found fifty pounds and some change, an old photo of a child and a plastic bag with ‘WEED’ printed on it. I’m no expert, but it looked more like drugs to me.

I decided to go to the police station to hand the purse in, just in case the child was in any danger. I hid the weed in my underpants because I didn’t want to get Stephanie into any trouble.

I handed the purse to the desk sergeant and told him it belonged to a lady called Stephanie, and she’d left it on a bus. He told me to take a seat until someone was available to interview me. Then he disappeared and must have been gone for thirty minutes or more.

When he returned, he told me the Chief Constable wanted to speak to me. He took me along a corridor and told me to enter ‘soundproof cell number four’.

I sat opposite the Chief Constable, who glared at me until I felt threatened.

He told me his son had been missing for three years and demanded to know how I obtained a photo of his grandson. 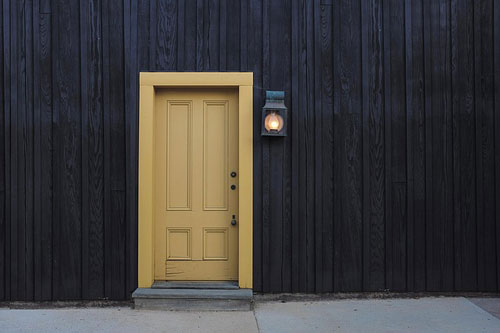 The office building seemed normal enough, but I didn’t know why I was there in the middle of the night.

I couldn’t see a receptionist behind the desk, but Paloma Faith was standing on a table, and she was completely naked. “Hello, Andy,” she said. “Did you bring a cup of tea for Bally’s microwave?”

“Yes,” I replied. “But now I’ve seen you something else has come up!”

“You should take your time, Andy, and think about it for a few minutes.”

“Okay, but I should warn you, I don’t have time to get dressed; I’m too busy.”

I followed her through the orange door and saw Vic and Bob, buzzing around like a pair of bumble bees. Emma Peel was wearing a skin-tight leather suit, and refilling the vending machine with soiled knickers.

She led me to the library, and there was a writing group holding a meeting. Nicole handed a newspaper to me, and the league tables were on the back page. Albion was top of the Premiership. Jackie snatched the newspaper from me and slapped the back of my head. “Read the front page, you idiot,” she shouted. 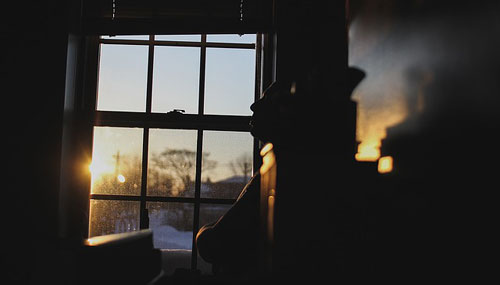 I settled down to watch the final episode of Breaking Bad knowing I wouldn’t be interrupted because a new security system had just been installed.

I thought I heard someone knocking on the window, and wondered whether it was the postman. Then I remembered I live on the top floor. Besides, it was ten thirty at night.

I tried to ignore the knocking and concentrate on the telly, but it continued and seemed to get more and more desperate. I stood up, intending to investigate when the wife decided to flash her nipples. She almost poked my eyes out! I couldn’t remember why I’d stood up, so I sat down again and invited her to sit on my lap. “Aren’t you going to investigate the knocking?” she asked.

“What do you mean? I’ve cured it by screwing the headboard to the wall.”

“I’m referring to the knocking on the window, you idiot!”

Her eyes followed me as I walked across the room. So did her nipples. I opened the window and saw a man in a suit lying on the ground. “Are you okay?” I enquired. He didn’t move a muscle, but called out, “Can I interest you in Personal Injury Insurance?”

Due to the coronavirus outbreak, and the need for social distancing, all meetings will be cancelled until further notice.

Current members: we will be having our meetings via Facebook Video Call. 10 am, every Saturday.

Dates we won’t be in the Community Room:

From Sunrise to Sunset – Out Now!

Available from all online book retailers & to order from all bookshops.

You can find the details of our book tour dates and locations on our Book Tour page.